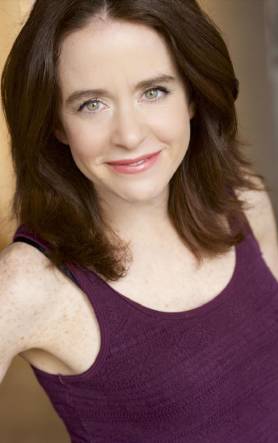 What languages do you work in as a voice talent?
Spanish - LATAM

If Spanish Latam which country?
Mexico.

What languages do you speak well enough to work in?
English, Spanish Latam.

Have you ever done any acting in theatre or film?
Yes, I have been working as an actress since I was 5 years old. I had a LEAD in the first WARNER BROTHERS movie shot in Mexico City: "Efectos Secundarios" and was nominated for my role in it as BEST SUPPORTING ACTRESS by The Mexican Academy Awards ("Ariel") My latest movie is called "Love is not Love", it is my first lead in English. I won as Best Actress at several film festivals, including Rosarito International Film Festival and New Renaissance Film Festival.

If you’ve done work as a dubbing artist, have you ever dubbed anyone famous?
No.

Have you done any work as a voice actor that stands out or you consider your best work?
I think my best work is the variety and range I bring to each and every commercial I record. From real and conversational to high energy and promotional and everything in between! Like Cheerios or Molina Health care

When did you realize you were good at doing voice overs?
When I moved to LA and to pursue my acting career and found voice overs as a way to express myself as an actress and artist.

Do you have a funny anecdote about a voice over job you’ve done?
I have worked in two very important projects. One is a very well known show called Rick and Morty, I played a crazy psycho called "Lucy" and people love what I did on it, even though she was super crazy! The other one was a very famous video game called "Fallout 4" where I voiced a character called "Marcy Long".... it turns out everyone hates her and I have even gotten hate mail because of her!

What compliments do you get about your voice?
I am always very real, compassionate, warm, young and have tons of energy!.

Do you have a hobby or passion relevant to voice overs that you’d like to comment on?
I have been acting since I was 5 years old. Because of my acting background l always try to understand my characters, not only concentrate on what they would sound like but why they behave the way they do and that makes them always real and approachable.

An Award-winning actress who can go from real and conversational to high and promotional, and all the ranges in between.