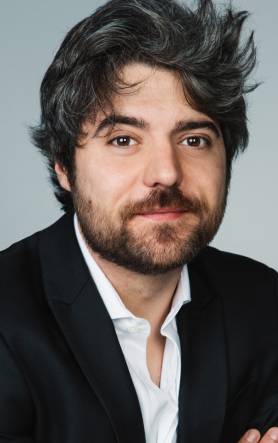 What languages do you speak well enough to work in?
Spanish, Catalan and a basic level of English.

What types of voice overs do you do?
Advertising, dubbing, documentaries and reportings.

Have you ever done any acting in theatre or film?
Yes, cinema as well as theatre and TV. I've also been a TV presenter.

If you’ve done work as a dubbing artist, have you ever dubbed anyone famous?
I've always dubbed myself in cinema or television.

How long have you been a voice artist?
6 years as a broadcaster. Just starting in advertising.

Have you done any work as a voice actor that stands out or you consider your best work?
Several shows for TV3: Quarts de nou, Obrint plaça and Toc de Vermut.

When did you realize you were good at doing voice overs?
Inside the sound studio, when I've had to dub myself, my colleagues suggested I should do some voice samples.

Biel has worked in theatre, cinema and even as a TV presenter. He usually dubs himself into Catalan to Spanish or vice versa.