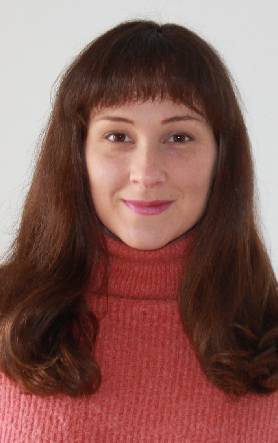 What languages do you work in as a voice talent?
Italian

What languages do you speak well enough to work in?
English, Spanish - Castillian, Spanish Latam.

If Spanish Latam which country?
Venezuela and Argentina.

Have you ever done any acting in theatre or film?
Yes, as actress I start playing in theatre and i had a character in the Spanish movie "Rocco tiene tu nombre".

Have you done any work as a voice actor that stands out or you consider your best work?
I have my own Podcast called "Pirulismo", it's a voice serie about an intersexual and populist dog in which I could mix writing and performance

When did you realize you were good at doing voice overs?
When I was a child a family friend was a voice artist and I thought I would like to do the same job once I grow up, so as soon as I was 18 I went to Milan to study in a Voice Over Academy. After that, I started working in a radio station and knocking the door of many studios and after a few month I got my first jobs.

Do you have a funny anecdote about a voice over job you’ve done?
yes I have some: as many VO Actors I started dubbing Adult movies. Once I arrived to the studio, I realized that the session would be shared with another voice actress. we had to perform 20 min. of overacted orgasm in a very bad film... So embarassing! we didn’t know each other so we both took it so seriously and professional, as 2 child playing. The mud wrestling started... Each one wanted to show that her pleasure was deeper than the other one... so we entered in a crazy vortex and finished exhausted! Very sweaty and professional we thanked each other and say goodbye. Way home I couldn't stop laughing.

What compliments do you get about your voice?
precise, professional, energy and natural.

Do you have a hobby or passion relevant to voice overs that you’d like to comment on?
I like radio and podcasting, I enjoy editing voice and sound sculpture...my little DADA hobby! I love writing and acting solo performance and finally I like to think voice though psychoanalysis.

Her first acting job in the Spanish movie was “Rocco tiene tu nombre” and also has her own Podcast called “Pirulismo”.