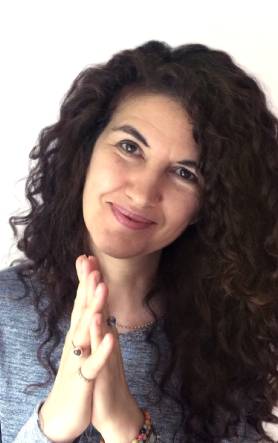 What languages do you work in as a voice talent?
Spanish - LATAM

If Spanish Latam which country?
Argentina

What languages do you speak well enough to work in?
English, Spanish Latam.

Have you ever done any acting in theatre or film?
Yes. I studied radio drama and general acting in Argentina and in London, UK.

If you’ve done work as a dubbing artist, have you ever dubbed anyone famous?
I did ADR for the series Riviera (Netflix). I dubbed radio interviews, BBC radio 3, singer Adriana Varela. I dubbed for The Guardian newspaper podcast, UK.

How long have you been a voice artist?
19 years.

Have you done any work as a voice actor that stands out or you consider your best work?
I narrated a story broadcasted by the BBC during The Brazilian World Cup

When did you realize you were good at doing voice overs?
During primary school I began to do live poetry recitals.

Do you have a funny anecdote about a voice over job you’ve done?
When recording a long ADR session with a group of actors during lockdown via audio-link, I skipped lunch but thought I could sneak a cheeky snack - there was no camera. I was caught out when the director asked why she could hear someone eating a yoghurt!

What compliments do you get about your voice?
Some people say my tone of voice is distinctive, warm and sensual.

Do you have a hobby or passion relevant to voice overs that you’d like to comment on?
I love radio, all sort of narration but specially radio drama. In 2019, while in Seville I produced an audio adaptation of the play 'La Zapatera Prodiosa' by Garcia Lorca with a group of amateur actors from the town. The outcome was the creation of a podcast related to Andalucia 'Radio Guirigay'.

An actress and voiceover with a warm and sensual voice, who studied radio drama in Argentina and UK.