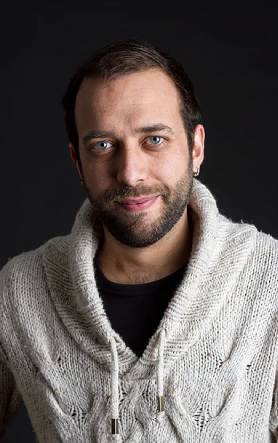 What types of voice overs do you do?
Advertising.

Have you ever done any acting in theatre or film?
I'm a stage actor and I've worked in many theatres around Barcelona (currently Joel Joan and Joan Pera's "El pare de la núvia". I've also been in series such as El Cor de la Ciutat.

When did you realize you were good at doing voice overs?
The first time I entered a sound studio and I heard my work.

What compliments do you get about your voice?
That it's versatile and powerful.

Josep’s experience as a stage actor has allowed him to bring a strong and versatile voice to his voice acting work.