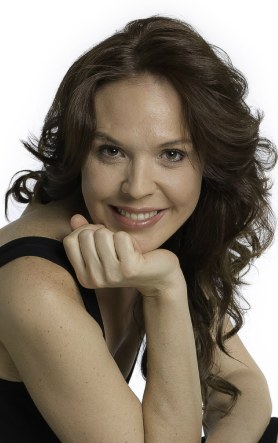 What languages do you speak well enough to work in?
Spanish, Catalan and French.

Do you sing?
Yes, I can prepare a song and sing it, although I am not a professional singer.

What types of voice overs do you do?
Advertising, dubbing, children's voices, cartoons and institutional videos.

Have you ever done any acting in theatre or film?
I have a degree in interpreting from ESAD, I have also participated in several theatrical productions around Barcelona such as the National Theater of Catalonia, Beckett or Villarroel and in microtheaters in Madrid. On TV, small collaborations in series such as La Riera (TV3,) and Centro Medico (TVE); and several short films.

If you’ve done work as a dubbing artist, have you ever dubbed anyone famous?
(I haven't done much dubbing yet), usually little-known actors, but I've dubbed Winona Ryder in "Black Swan" in Catalan for TV3

How long have you been a voice artist?
24 years.

Do you have a hobby or passion relevant to voice overs that you’d like to comment on?
I love cats (I have 3), DIY and decorating.

Lola is a trained actress with extensive experience in theatre. She voiced Wynona Ryder in Black Swan.