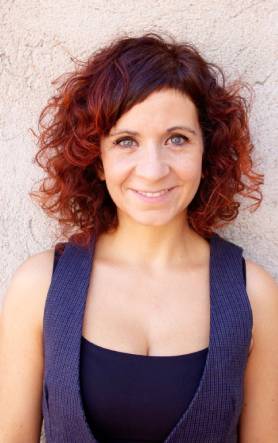 Have you ever done any acting in theatre or film?
Since 2006 I have participated and starred in several plays and musicals in Madrid as well as in Barcelona such as Les Miserables, Beauty and the Beast and Rent. I have been nominated several times as Best actress for awards in Madrid and Barcelona.

If you’ve done work as a dubbing artist, have you ever dubbed anyone famous?
Felicity Jones and Erin Darke

How long have you been a voice artist?
13 years.

Have you done any work as a voice actor that stands out or you consider your best work?Various TV spots. I also dubbed the protagonist in Rogue One.

When did you realize you were good at doing voice overs?
When we had to read out loud at school, my voice always stood out.

Do you have a funny anecdote about a voice over job you’ve done?
I love it when family or friends don't recognize my voice when they see something I’ve dubbed.

What compliments do you get about your voice?
That my voice inspires people.

Lourdes is a professional voice over artist and actress and has appeared in numerous musicals such as Les Mis, Beauty and the Beast and Rent.