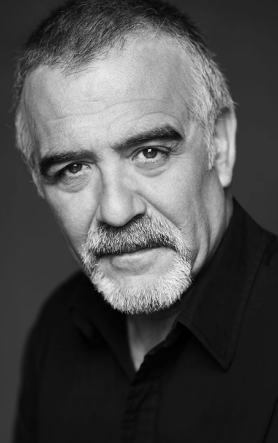 What languages do you work in as a voice talent?
Spanish, Catalan and French.

Have you ever done any acting in theatre or film?
Yes. I’ve appeared in various film, theatre and television productions since 1975.

How long have you been a voice artist?
40 years.

Have you done any work as a voice actor that stands out or you consider your best work?
My work on ad campaigns for President, Audi, Sanytol and Jazztel.

When did you realize you were good at doing voice overs?
When I started dubbing back in 1975.

Do you have a funny anecdote about a voice over job you’ve done?
A line I voiced for a President ad campaign went viral.

What compliments do you get about your voice?
That I have the best deep voice in Spain.

Do you have a hobby or passion relevant to voice overs that you’d like to comment on?
Music. I’ve sung professionally both on stage and in films. I sang the role of Lumiere in “The Beauty and the Beast” and Pumbaa in “The Lion King”.

Miguel is an incredibly accomplished voice artist having dubbed many well-known actors. He’s also sung in a many Disney musicals.