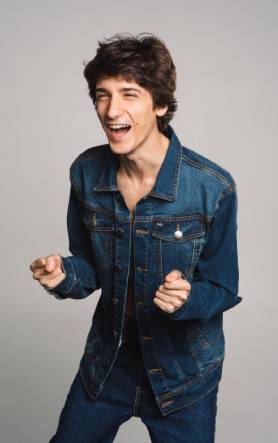 What types of voice overs do you do?
Dubbing, advertising and video games.

Have you ever done any acting in theatre or film?
Yes. I’ve performed in works such as The Young Pope and Knightfall. At the moment I’m in a play by Plauto.

Have you done any work as a voice actor that stands out or you consider your best work?
I’ve dubbed series such as Merlí and The Young Pope as well as characters in the film Machete Kills.

When did you realize you were good at doing voice overs?
While I was studying theatre with Nancy Tuñón.

Marcos is an experienced actor and voice over artist who has dubbed films such as The Young Pope and Machete Kills.