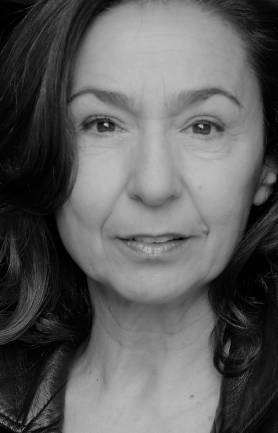 What languages do you speak well enough to work in?
Spanish, catalan and French.

What types of voice overs do you do?
Dubbing, advertising and singing.

Have you ever done any acting in theatre or film?
I’ve done a lot of theatre and I appeared on the Catalan TV series “La Riera” for 8 seasons.

Have you done any work as a voice actor that stands out or you consider your best work?
I’ve done a number of ad campaigns for brands such as Brise, Tena Lady, Clinique, The Government of Spain, Vichy, Nintendo, Bosch and Don Limpio.

When did you realize you were good at doing voice overs?
When I was a child and I use to put on voices.

Do you have a funny anecdote about a voice over job you’ve done?
A film director couldn’t get his head around the idea that a tiny woman like me could be the voice of such a grand and corpulent actress that I dubbed. He couldn’t stop laughing and said, “I can’t believe it!”

What compliments do you get about your voice?
”You have so many different registers that it’s hard to recognize you!”

Do you have a hobby or passion relevant to voice overs that you’d like to comment on?
Music, going to concerts, dancing, walking in the countryside.

Margarita is an experienced actress having appeared in many TV series and has voiced numerous ad campaigns for various well-known brands.