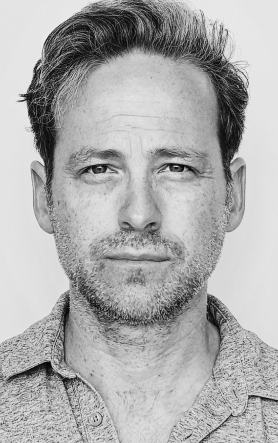 Have you ever done any acting in theatre or film?
Yes. I am also a TV and cinema actor here in Spain and the USA for over 15 years now appearing in diverse projects both big and small, everything from Hollywood to Bollywood. My favorite projects would be a movie called “Megan Leavey” with Kate Mara and a project that took me to India, which I managed to turn in to an extended stay. I even filmed in Basque; fun, yes, but a big challenge nonetheless.

If you’ve done work as a dubbing artist, have you ever dubbed anyone famous?
Yes, a famous German dude, a well-known actor from the Ivory Coast and a very famous Spanish model/actor.

How long have you been a voice artist?
Over 10 years.

Have you done any work as a voice actor that stands out or you consider your best work?
Yes, there was a Spanish movie production which needed me to dub their lead actor, a famous Spanish model. It turns out that his English just wasn't clear enough for the producers of the film he starred in so I had to dub his entire part.

When did you realize you were good at doing voice overs?
Not sure really. I have always had a fond appreciation for the voice over actor profession. Coming from an acting background as well as being a musician have been extremely useful to me. Not only can I slip easily into a character but I also make use of my sense of timing to find the cadence needed as well as land my marks. I think that I take direction very well too. It is just something that I love to do and that I sense I am on the right path to becoming better at each time I step behind the mic!

What compliments do you get about your voice?
That I have both a very natural tone and delivery. And that I sound like Johnny Depp. If you like his voice, I guess that also counts as a compliment.

Do you have a hobby or passion relevant to voice overs that you’d like to comment on?
I am a professional photographer, play lefty guitar, enjoy playing hockey and love ping pong, sushi and Mexican food!

Mark is a professional actor and has worked as a voice artist for over 10 years now, he brings experience and versatility.