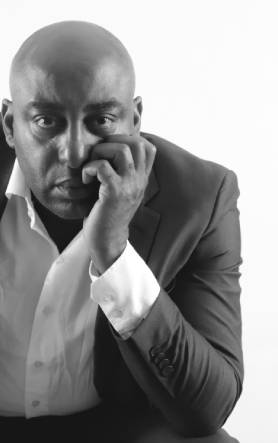 What languages do you work in as a voice talent?
Catalan and Spanish

What languages do you speak well enough to work in?
English, Catalan and Spanish.

Do you sing?
Yes, I sang at the Spanish version of several theatre musicals: Rent, Hair, Full Monty...

What types of voice overs do you do?
Adds, Dubbing, Corporate, Acting.

Have you ever done any acting in theatre or film?
For the last 27 years I've been an actor at more than a hundred professional theatre productions, and at more or less 20 different TV productions in Spain.

If you’ve done work as a dubbing artist, have you ever dubbed anyone famous?
No. I dubbed a children show (Sesame Street), and secondary characters at Netflix.

How long have you been a voice artist?
20 years.

Have you done any work as a voice actor that stands out or you consider your best work?
I spent a year working with Jerome Savary in France and Spain on a musical about Katrina and the history of jazz. I was the voiceover, and it was gripping.

When did you realize you were good at doing voice overs?
I've always had a plastic voice, but until 2012-13 I didn't realize it could be a way to express my artist profession "seriously".

Do you have a funny anecdote about a voice over job you’ve done?
I voiced a plant in an advertisement for an Online campaign... one day a greengrocer cashier recognized me by my voice and insisted that I record her message from the greengrocer. Gave me some bananas.

What compliments do you get about your voice?
"You seem older, but only because of your voice!".

He is been an actor for 27 years and also sang at several theatre musicals as Rent, Hair and Full Monty.