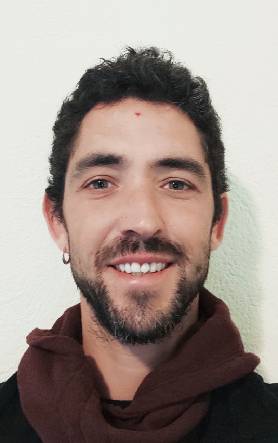 What is your native language?
Spanish - castillian, Portuguese

How many languages do you speak?
English, Spanish - Castillian, Portuguese and Catalan.

Have you ever done any acting in theatre or film?
Yes. When I was a kid, living in Brazil I did a few TV commercials. One of them was for Sega (video games) and I was paid for a year to be an exclusive actor for them. In Spain I did a few extras for movies and street theatre.

If you’ve done work as a dubbing artist, have you ever dubbed anyone famous?
No.

How long have you been a voice artist?
12 years.

Have you done any work as a voice actor that stands out or you consider your best work?
My best work was for RBA. 40 chapters for a painting course

When did you realize you were good at doing voice overs?
Since kid I'm good at acting and dubbing. I actually did different acting jobs in Brazil specially for TV. The first time I did a voice over, I realized I was good at it. I have acting skills, I love reading and I like to play with different voices and tunes.

What compliments do you get about your voice?
When I worked as a tour guide, many people said that my voice is like a docummentary voice, strong but calm, clear but sensitive. I've heard that I have a beautiful voice many times. I also get compliments when I sing or rap, because I can play with different speeds and tunes.

Do you have a hobby or passion relevant to voice overs that you’d like to comment on?
Music is my hobby. I always sing, with people but also alone.

His voice is strong but calm, clear but sensitive. He is not only a voice talent, but he also sings black music, street and rap.