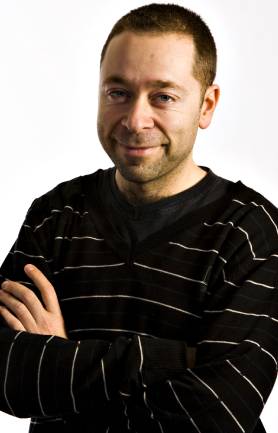 Have you ever done any acting in theatre or film?
I appeared on episodes of several TV series and have also made some appearances in cinema.

Have you done any work as a voice actor that stands out or you consider your best work?
Pepsi, Nike...

When did you realize you were good at doing voice overs?
When I twenty years old.

What compliments do you get about your voice?
That I like to play chameleonic characters.

Pep is a versatile voice actor who has worked for the likes of Pepsi and nike. He is also the voice of Wallace Langham.