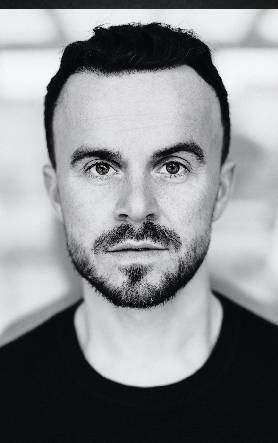 What languages do you work in as a voice talent?
Mostly German..

What languages do you speak well enough to work in?
German and English.

Do you sing?
Yes. I´m a trained Singer and Musical theatre performer. Have worked in Musical Theatre before as well as dubbed Songs..

What types of voice overs do you do?
Series, Films, Animation, Documentaries, Commercials, Games, Audio Books. .

Have you ever done any acting in theatre or film?
Yes I have. I played both in the Original German Production of Wicked and Kinky Boots. Shoot several shot films and appeared on TV before..

If you’ve done work as a dubbing artist, have you ever dubbed anyone famous?
Ryan K. Potter, Brennan Clost.

How long have you been a voice artist?
officially 4 years but been recording myself ever since I was a kid.

Have you done any work as a voice actor that stands out or you consider your best work?
I really do like the work we put into the German version of the Series Titans & Tiny Pretty Things. As well as the movie Days of the Bagnold Summer & Dragon Quest - Your Story.

When did you realize you were good at doing voice overs?
When I was a kid trying to immitate voices and recording them on very old cassette recorder in the early nineties.

What compliments do you get about your voice?
I don’t know if its a compliment but people tell me they don’t recognize my voice when they hear it on TV. I hope that a good thing 🙂 But I’ve also heard that its fresh, powerful, cheeky but also sensitive, sexy and emotional..

Robert has many registers and experience to do any type of work,  from Animations to Audiobooks