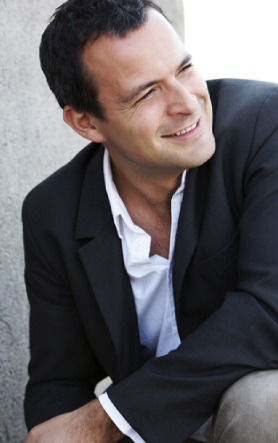 What types of voice overs do you do?
Dubbing, advertising, audiobooks and documentaries.

Have you done any work as a voice actor that stands out or you consider your best work?
I would say the work I did on the film “Buried” (2010) and ad campaigns for worldwide major brands.

When did you realize you were good at doing voice overs?
While working at De Lane lea Sound in Soho in 1993 I was asked to voice soldiers fighting for the series The Young Indiana Jones Chronicles. It was so much fun that there and then I decided to get into the business.

Do you have a funny anecdote about a voice over job you’ve done?
Juan Antonio Bayona hired me to do the reference voice for the lead character in A Monster Calls (J.A.Bayona, 2016.)

What compliments do you get about your voice?
I worked with Ryan Reynolds as script assistant on the acclaimed thriller “Buried” and Reynolds subsequently insisted that I play the role of Dan Brenner in the film.

Do you have a hobby or passion relevant to voice overs that you’d like to comment on?
I love guitars and enjoy writing sad country songs in my free time.

Robert brings a lifetime of experience as a voice over artist into the sound booth and delivers top quality reads.