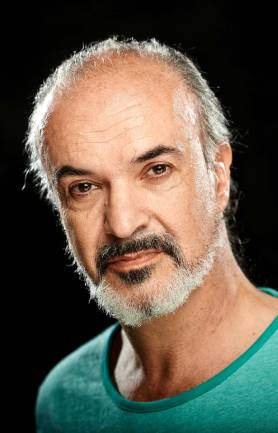 What types of voice overs do you do?
Advertising, dubbing and audio books.

Have you ever done any acting in theatre or film?
I have done musicals like A Little night music or Mar i Cel. Plays such as El Perro del Hortelano or Libreto per Isolda. I have also participated in series and television programmes such as El Cor de la Ciutat, La Riera...

When did you realize you were good at doing voice overs?
When I was doing theatre as a child, imitating presenters.

Xavi has experience in voice acting and television. He’s appeared in the award-winning musical Mar i Cel.