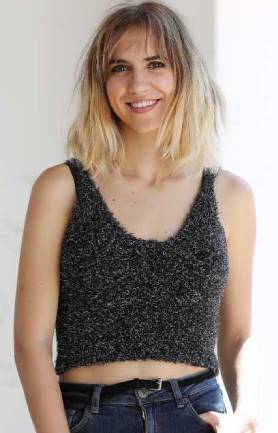 What languages do you work in as a voice talent?
Spanish, Catalan, English and French.

What types of voice overs do you do?
Advertising.

Have you ever done any acting in theatre or film?
As an actress, I mainly work in cinema, television and theater. I also have a degree in Audiovisual Communication from the UPF. I started on a television series for tv3 and since then I have participated in films such as Rastres de Sàndal by Maria Ripoll. In theater, my most recent works are Desayuna Conmigo by Ivan Morales at the Abadía Theatre in Madrid and El Sistema Solar directed by Carol López.

How long have you been a voice artist?
Ten years.

What compliments do you get about your voice?
That it doesn't seem like a normal advertising voice.

Aina has extensive experience in theatre, tv and cinema who can work in Spanish, Catalan, English and French.