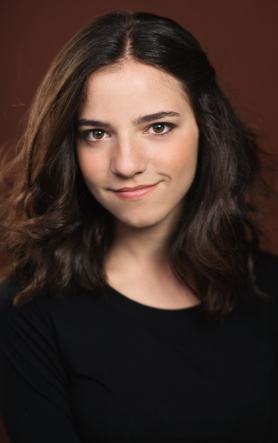 Have you ever done any acting in theatre or film?
Yes. I’m an actress and I work mainly in musical theatre. I’ve worked in musicals such as “Mar I Cel” and “Scaramouche” by Dagoll Dagom. I’ve also acted in theatre and television productions.

How long have you been a voice artist?
5 years.

When did you realize you were good at doing voice overs?
From a very early age. I used to do voice overs and sing in productions that my father produced.

Do you have a funny anecdote about a voice over job you’ve done?
Someone told me once, “Why do you voice overs for an airline you’re always complaining about flying on?!”

What compliments do you get about your voice?
I get a lot of compliments from one extreme to the other. From “sweet, clear and fresh as a raindrop”, to “You’ve got a squeaky voice.”

Do you have a hobby or passion relevant to voice overs that you’d like to comment on?
Sometimes I film pigeons and dub their voices. And cats too. Yeah, especially cats.

Clara brings a lifetime of work as a musical theatre actress into the studio to give the perfect read.