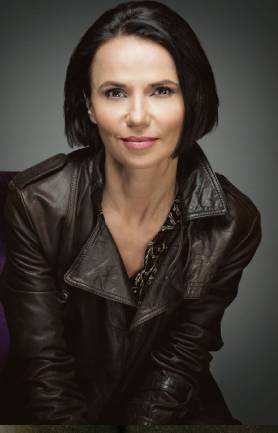 What types of voice overs do you do?
Advertising, dubbing, videogames, audio books, e-learning, animation...

How long have you been a voice artist?
29 years.

Have you ever done any acting in theatre or film?
I've appeared in several TV3 series and many short films.

Have you done any work as a voice actor that stands out or you consider your best work?
Maybelline, Mazda, Garnier, Dr.Scholl, Nenuco, MSC Cruceros.

When did you realize you were good at doing voice overs?
When the advertising agency Oido contacted me after I had dubbed Scarlett Johansson in lost in Translation and put me up for an Iberdrola ad, which I got.

Do you have a funny anecdote about a voice over job you’ve done?
The actress Erika Christensen wanted to meet me after I dubbed her in the film Fanatica (Swimfan 2002).

What compliments do you get about your voice?
That it is elegant.

Do you have a hobby or passion relevant to voice overs that you’d like to comment on?
My passions are cinema and music.

Joël has touched upon many voice acting projects. She lent her voice to Scarlett Johansson in Lost in Translation.