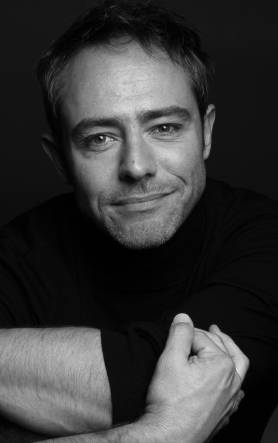 What languages do you work in as a voice talent?
Spanish, Catalan, English, French and Italian.

What languages do you speak well enough to work in?
Spanish, Catalan, English, French and Italian.

What types of voice overs do you do?
Advertisng and corporate videos.

Have you ever done any acting in theatre or film?
I’ve been a professional actor for over 20 years and I’ve appeared in numerous Spanish TV series and international films.

Have you done any work as a voice actor that stands out or you consider your best work?
I’m the voice of The Open University of Catalonia and I’ve done ad campaigns for Decathlon, bwin and Mercedes.

When did you realize you were good at doing voice overs?
I’ve always been praised for the timber of my voice and once I got started in the voice over world, I found success.

Do you have a funny anecdote about a voice over job you’ve done?
Every morning for a month while I showered I would hear the ad I voiced for a bank on the radio, which was curious.

What compliments do you get about your voice?
They say my voice sounds dubbed!

Do you have a hobby or passion relevant to voice overs that you’d like to comment on?
I love music. I play the guitar and piano and I also sing.

Manu has been a professional actor for over 20 years and has appeared in numerous Spanish television series and international films.