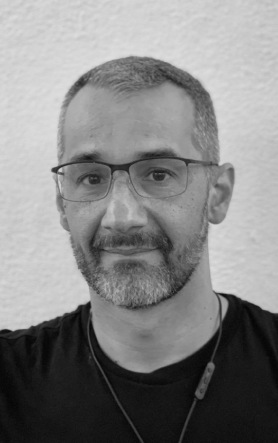 What languages do you work in as a voice talent?
French.

What languages do you speak well enough to work in?
Spanish, English and French.

What types of voice overs do you do?
Dubbing, advertising, corporate, e learning and audio guides.

Have you ever done any acting in theatre or film?
Yes. I’ve acted and directed in the theatre company “Acting Jack Flash” since 2013.

If you’ve done work as a dubbing artist, have you ever dubbed anyone famous?
I’ve dubbed Antonio Banderas in “Security”, “Versace”, “Automata”, “Music of Silence” and “Piégée” and John Cusack in “Code ennemi”, “Traffics”, “Drive Hard” and “Kickback”.

How long have you been a voice artist?
22 years.

Have you done any work as a voice actor that stands out or you consider your best work?
I’m the official voice for Bus Turistic Barcelona, The Reina Sofia Museum, The Guggenheim Museum Bilbao and The Centre Pompidou Malaga.